Has Google Gone Off the Rails? 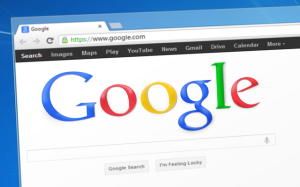 A CNBC article caught my eye this morning: Has Google lost control of its anti-spam algorithm?

The article talks about how Penguin and Panda have hurt some sites, mostly small business sites. And for the most part casts Google’s changes in a bad light. Toward the end of the article, the author includes this:

Penguin does have its supporters. Steve Wiideman, an independent SEO consultant, works with big brands like Skechers and Meineke. He says that if companies concentrate on building a clean site, producing useful content and doing outreach to business-listing services, rather than spreading links, they’ve got a much better shot of moving up the search rankings.

“Penguin has cleaned up so much garbage and spam created by black hat SEO companies,” Wiideman said, adding that Google manages negative SEO just fine. “It’s pretty easy for Google to see what is natural behavior and what is manipulated behavior.”

And this is exactly what Google was trying to do. Clean up the search results for their real customers – the searchers. And yes, a number of small businesses have been hurt, but generally, it is these same small businesses who have used SEO firms that cheated their way to the top with garbage links and black hat techniques.

Now don’t get me wrong, I’m not drinking the Google Kool-Aid. They know way too much about way too many of us and, in my opinion have too much power in the marketplace. That said though, I believe the greater good has been served by the changes in search over the past few years.

What say you? Do you see the Penguin and Panda changes as positive or not?

Let's grow your business by leveraging our technical knowledge and proven marketing plans. Rather than providing you a bunch of technical mumbo-jumbo, let's work together to create marketing opportunities from today's technology. We work with motivated clients to develop the strategies that leverage evolving technologies. The work is exciting, fun, sometimes scary, and most always rewarding. Helping you to grow and succeed on your terms is why I'm in business. Care to take that next step forward? Call me today: 888.469.4686

This site uses Akismet to reduce spam. Learn how your comment data is processed.

Disclosure: This site may contain affiliate links to products. We may receive a commission for purchases made through these links. We only endorse products and services we use or trust.